With the news of MoMA’s acquisition of 14 video games for its permanent collection, ranging from Pac Man to Portal, the question “can video games be art” has been raised by a number of mainstream outlets. Jonathan Jones, art critic for the Guardian, feels strongly that they never will be. He writes:

The worlds created by electronic games are more like playgrounds where experience is created by the interaction between a player and a programme. The player cannot claim to impose a personal vision of life on the game, while the creator of the game has ceded that responsibility.

Jones’ reaction speaks to a larger misconception in the mainstream view of video games, that the player is responsible for generating the gaming experience. And for games of skill, like Pac Man or Tetris, our in-game experience is greatly determined by which buttons we press on the keyboard or controller.

However, for the games commonly being cited as art, skill is rarely part of the gaming experience. In a response to Jones’ piece, Keith Stuart writes, “I hope Jonathan Jones gets to play Journey or The Graveyard or Dear Esther, games that express and explore life, fear and beauty.”  Stuart’s opinion is shared by much of the gaming community, as these titles have been praised for evoking strong emotional reactions from gamers, but their designers relinquish very little control of the in-game experience. Players can hardly effect these games’ internal environments, and the courses of the games, from beginning to end, present few, if any, challenges. The physics and controls of the games make skill virtually non-existent. The result is a very similar on-screen experience for each individual player.

Most video games require skill. Players can be better or worse than other players, and can be ranked objectively at the conclusion of a round. Whether it is Tetris, PacMan or Call of Duty, each time we play we expect to learn a little more strategy, memorize a few more patterns, and become better at the game. Our skill level, via the buttons that we press, determines what happens in the game. A game of Tetris could last anywhere from 5 minutes to an hour. A player may spend half of his time in Call of Duty stationary or spend an entire match moving around. By incorporating skill into the gameplay, the game designer has ceded control of the gaming experience, allowing players to manipulate the sights and sounds that the game projects.

Conversely, the games on Keith Stuart’s list have minimal variability between each play through. There is very limited player control in Dear Esther, as one can only choose which direction to move the camera and when to zoom it in. There are no moving parts aside from the player’s point of view. It may take me longer to reach the end of a chapter than another player, but I will undoubtedly move through the environment and reach the game’s conclusion. This is completely different from a game like Tetris, where I may never see the fast moving blocks of level nine if I can’t master the game’s strategy. More importantly, based on my in-game decisions in Tetris, I may wait exclusively for the red-line pieces as I try to clear blocks four rows at a time, or I might play with a more balanced board, clearing blocks just one or two rows at a time. My choices have a profound effect on my in-game experience, both in terms of what I see on screen and how I play the game. 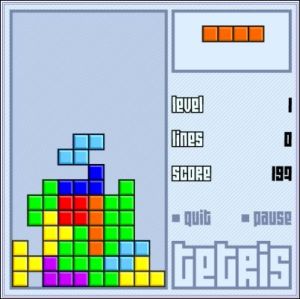 Journey and The Graveyard, the two other games from Keith Stuart’s list, use similar mechanics as Dear Esther, giving the player little choice in how he or she moves through the game. The on-screen actions are barely changed by one’s decisions and every player will easily make it to the games’ conclusions. The result is a very similar sensorial experience for each game’s entire audience.

This similarity of player experience links these games closely with more traditional forms of art. Every viewer of a painting or film sees and hears the same things; each viewer receives the same data. We can control the pace at which we move through Dear Esther, The Graveyard or Journey, but we have relatively little ability to effect what appears on screen. For designers, removing skill and challenge from a game allows them to bestow far more of the “personal vision of life” that Jones feels is necessary for art to exist. No artist can claim to know how their audience will react to that personal vision, and this is just as true for paintings, sculptures, films and video games.

I’m not saying that playing these games is the same as the passive experience of watching a movie, but to classify this brand of experiential video game alongside a skill game like Tetris, simply on the grounds that they both require the player to interact with a digital environment, does the medium a disservice.

And this distinction should be made clear to those less involved in the industry. If nothing else, it is a way to increase diversity and introduce gaming to a long list of people scared off by a perceived competitiveness that no longer exists. Great video games do not need to contain challenging gameplay, and they deserve analysis for their ability to immerse us in a way that no other medium can.

One thought on “Skill and Video Game Art”